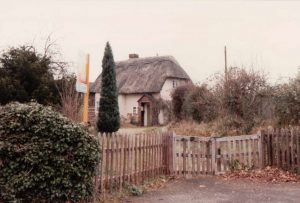 His mother was Effie Gertrude Kite (née Cripps). Effie died on 9 June 1991, aged 100. She had lived most of her life in the same tiny cottage where she was born and had brought up her nine children. At the age of 87 she travelled to Salerno with her daughter to visit Harry’s grave.

Effie married Charles Frank Kite on 26 August 1911. At that time she was a domestic servant for the Joice family, coach builders of Basingstoke. Charles was killed in action on 31 July 1917 and is remembered on Basingstoke War Memorial.

Following the death of Charles Kite, Effie married Herbert John Saunders. Herbert was the son of John and Mary Saunders who had been the Licensed Victuallers of ‘The Fighting Cocks’ until John’s early death in December 1885 aged just 33.

Harry’s first job upon leaving school was at the chicken farm near St Stephen’s Church, Baughurst.

He later moved to Winchester Road, Basingstoke to live with his sister Grace where he found work as a Nurseryman at the Cranbourne Lane Nurseries. Owned by Mr Halwood, this market garden grew a variety of vegetables and flowers and was a large employer in Basingstoke in the 1930s.

Harry is remembered by his youngest sister, Olive, as a gentle and quiet lad.

Harry served as a Private in the 5th Battalion, Hampshire Regiment (service number 5513433). He enlisted 1 June 1942 in Aldershot, aged 18. After training in England (possibly in Oxford), Harry served in North Africa and Italy from 7 January 1943 until his death. 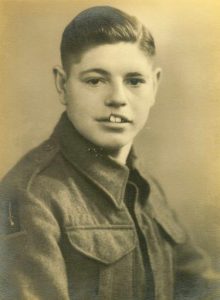 On 9 September 1943 the 128th Infantry Brigade, Hampshire Regiment (which included the 5th Battalion) was one of three British brigades that made an assault landing at Salerno in Italy as part of the British X Corps under the command of the US Fifth Army.

The Allied invasion of Italy (3-17 September 1943) was an amphibious landing on mainland Italy that took place during the early stages of the Italian Campaign.

The main invasion force landed around Salerno on 9 September (Operation Avalanche), while two supporting operations took place in Calabria (Operation Baytown) and Taranto (Operation Slapstick). The landing at Salerno was opposed by shore batteries firing shrapnel, and by machine gun fire raking the beaches. The 5th Battalion were landed in the wrong place and suffered heavy casualties, 40 men were killed (including Harry) and over 300 wounded or taken prisoner. 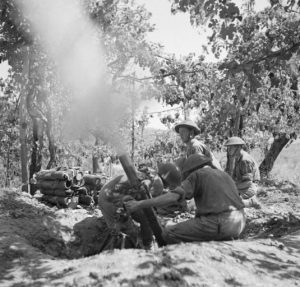 Harry was killed in action at Salerno in Italy on Thursday 9 September 1943, aged 19. 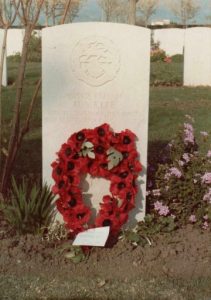 The inscription on his headstone reads: ‘At the going down of the sun and in the morning we will remember him. Mother.’

the 1939-45 Star, the Africa Star plus 1st Army Clasp, and the Italy Star. These would have been sent to his mother.