“Soldiering, travel, art and sport all had their place in the romantic career of Major George C Roller DCM whose death at Tadley, Basingstoke, Hampshire at the age of 84 was announced yesterday.” Glasgow Herald – 8 January 1941

For many years TADS has been researching the life of Major George Roller (1856-1941). In a 2005 the Society’s research was gathered together in an article in its publication, projectnews 8.

The Society has continued researching his life since this article. One recent aspect of this research has been the ‘rediscovery’ and clearance of his, and his wife and daughter’s graves in St Peter’s Church graveyard.

Piecing information together, and clarifying the Glasgow Herald report quoted above, George actually died at The Old Manor, Salisbury on 4 January 1941. After his death his body was brought back to Tadley and buried in St Peter’s Church graveyard beside his first wife, who died in 1908, and daughter Miriam, who died in October 1928.

In Summer 2020 TADS decided to find the family graves at St Peter’s. Initial research of the graveyard plan suggested where the graves were but on the ground investigation revealed that the area was very overgrown hiding the graves. A (self-isolating) working party spent Saturday 5 September clearing the undergrowth and revealing the graves. 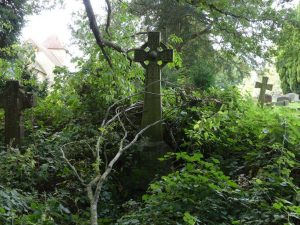 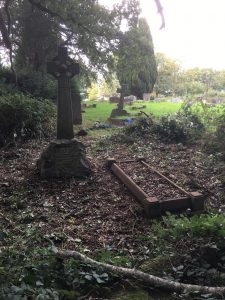 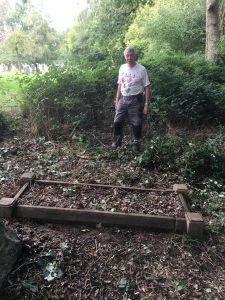 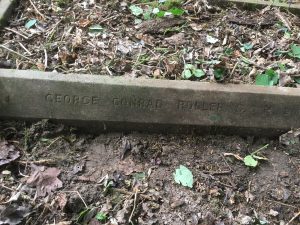 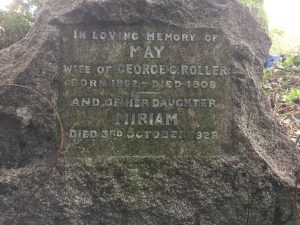 May and Miriam Rollers’ graves.