During the Coronavirus lockdown you may have been one of the many who cleared out the loft space or that cupboard in the spare room. Did you find a long roll of paper approximately 3ins ( 8 cms) high, yellowed and faded with age on which were coloured caricatures of about 600 people ? If so, it could well be the “Tadley Roll”, that has been missing for many years.

Much less famous than than the Bayeux-Tapestry shown above, this local  history roll had drawings that were primitive but full of life and the local characters they depicted were apparently very recognisable at the time! It showed old village crafts and trades and even included a party of Royal Engineers who were carrying out an Ordnance Survey at the time. The Roll was  believed to have been created by Alfred and Edward  Saulez, aged 11 years and 9 years respectively, who  were the sons of the Revd Edmund Charles Perry  Saulez (M. A. Oxon.).

By 1861 Edmund Saulez, his wife, Jane, and son, Alfred, were resident in Spiers Green He was a  member of Tadley Cricket Club and  purchased the rights to two allotments of land in Tadley from George Lamb of Basingstoke solicitor in 1862. In 1867 Reverend Saulez  bought the rights to a cottage, situated where 17 Church Road Tadley now exists, from James Saunders (junior)  for £135.

The 1871 census shows him as a widower living with his two sons and  a domestic servant servant called Mary Shorter. In 1878 he became Tadley’s first rector and was now resident at “The Vicarage”, probably Barn Close Cottage and still living with his sons but now with a domestic servant called Martha Rampton.   He bought Hatch Cottage on 25 March 1882  later transferring  to his sons Alfred (23 years old) and Edmund (21 years old) in 1883. They owned it until July 1891.  [1] [2]

If the “Tadley Roll” was indeed created by the two boys  in 1871, the local Registration District map which is also dated 1871 would make the presence of the party of Royal Engineers  carrying out an Ordnance Survey at the time a plausible possibility. 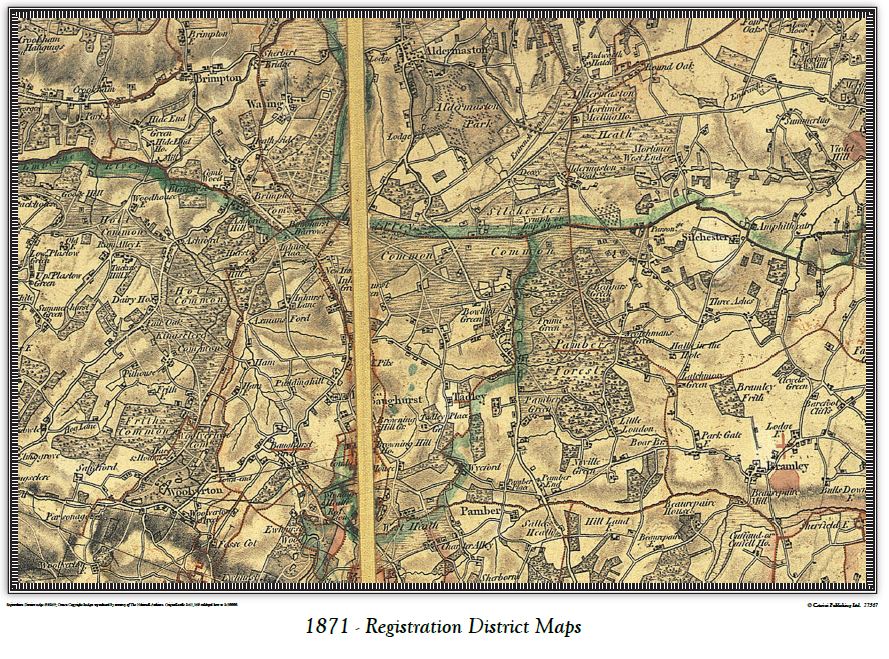