Project paper 2: The passenger with Cody 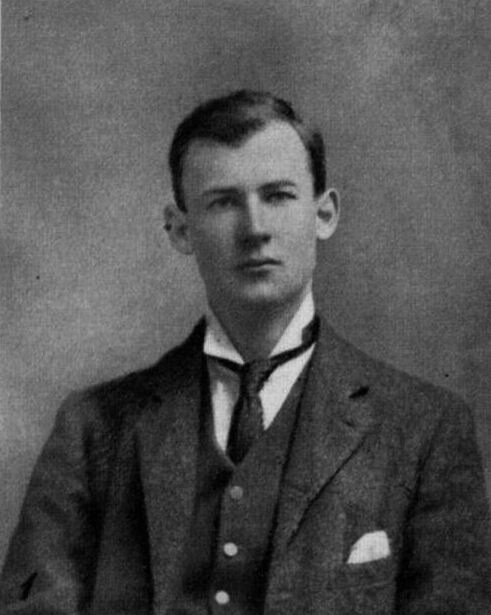 Samuel Franklin Cody (6 March 1867 – 7 August 1913) was an American Wild West showman and early pioneer of manned flight. Amongst his claims to fame Cody was the first man to fly an aeroplane in Britain, on 16 October 1908. Cody died while testing his latest aircraft, the Cody Floatplane, on 7 August 1913. He was buried with full Military Honours in the Aldershot Military Cemetery, with an estimated crowd of 100,000 people attending. Cody’s fellow passenger on that final flight, William Evans, also died and is buried in St Peter’s Graveyard, Tadley. 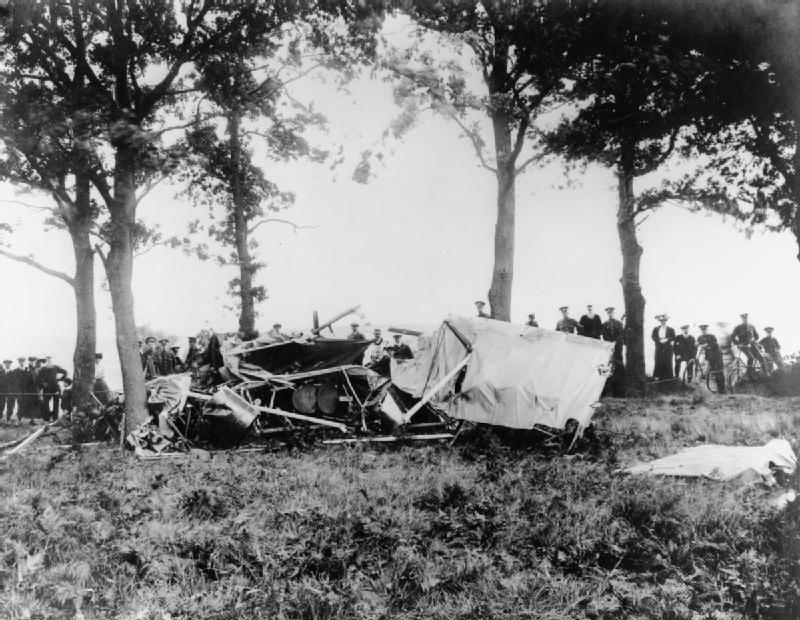 The wreckage of Cody Aircraft Mark VIA at Laffan’s Plain near Aldershot. The aircraft broke up in mid-air
and crashed, killing S F Cody and his passenger, W H B Evans instantly.
(Photograph: Imperial War Museum)

The report in Wisden of William’s death at the age of 30 described it as ‘a painful shock, (he) was one of the best all-round amateur cricketers of his day’. The obituary, which is lengthy, goes on to extol his virtues on the field of cricket at Malvern College (1896 – 1901) and later at Oriel College, Oxford (1901 – 1905), where he won his Blue as a Freshman. He also played county cricket for Gloucestershire and Hampshire. On leaving Oxford William entered the Egyptian Civil Service and so his chances of playing first-class cricket diminished. Had he continued to do so it was considered ‘likely that he would have had the distinction of playing for England’. An all-round sportsman, William also played football for Malvern and Oxford and won the Public School Racquet Championship in 1900. His cricketing achievements are recorded alongside those of his uncle Alfred Henry Evans, his brothers Dudley and Alfred (later to become Vice Admiral Sir Alfred Englefield Evans KBE), and his cousins John and Ralph Evans, all of whom also played for Hampshire. 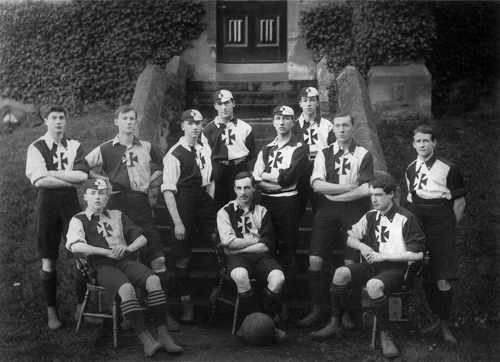 Malvern College football team 1900. William, back row second left, had a great career at Malvern College, finishing in his final year as
Senior Chapel Prefect (Head Boy). A window in the College Chapel was dedicated to his memory following his death in 1913.
(Photograph: Malvern College)

William was born in South Africa, the eldest son of five children, into a family with a history in the colonial service in India and South Africa. His grandfather, William, was Deputy Surgeon General and Inspector General of hospitals in India in the mid 1800s and at a later date, we believe, a practising doctor in Tadley, Hampshire. It was at this time that he and his wife Emma moved into Fairlawn House,Tadley. William, probably known as ‘Harry’, had been home on leave from Sudan since June visiting his sister Dora and his Aunt, both of whom were living at Fairlawn House. 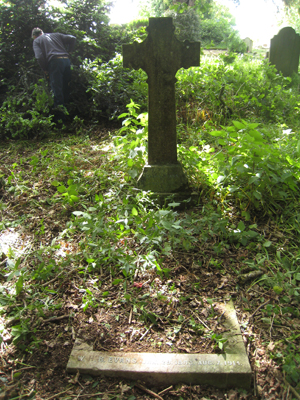 The extensive report in The Hants and Berks Gazette of his funeral on 13 August, at St Peter’s Church, Tadley, gives us a clear picture that the occasion was attended by a large number; many perhaps drawn there by curiosity, excited by the tragic event that led to his death. His body was cremated which was an unusual decision for the time, but possibly one made due to the condition of his body on impact with the ground. The casket with his ashes was placed in a grave next to that of his grandmother, Emma who had died in 1911. Revd L.P. Phelps, from William’s alma mater, Oriel College, was invited to say the committal prayers. Many prominent local residents attended the funeral as the family were well known in the area; his sister Marjorie was married to Gerald Strange of Strange’s Brewery, Aldermaston (Beenham). Leon Cody, the son of Samuel Franklin Cody, was also amongst the mourners. Leon had generously given up his place on that memorable morning flight to William! The large number of floral tributes included two from Khartoum: ‘The Khartoum Province’ and ‘The Polo Club’ and one from Mrs Lela Cody and family.

It would subsequently become known that William was not the only local resident to have flown with Cody on that fateful day 7 August 1913. Lieutenant Norman Keyser, 20th Hussars, of Aldermaston Manor, had driven with his friend William to the flying ground and preceded him in a flight with Cody.

Return to Top of Page