The following document from the Tithe Department of The Land Office, dated 2nd December 1886, refers to the transfer of three pieces of land belonging to Tadley Rectory. 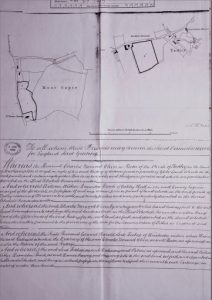