Books from the internet

This 1905 book  is a concise (321 page) listing of the most interesting facts about the natural features, history, archaeology and architecture of Hampshire.

Fee tails were a basic building block for family landholding from the end of the thirteenth to the beginning of the twentieth century. The classic entail was an interest in land that was inalienable and could only pass at death by inheritance to the lineal heirs of the original grantee. Biancalana’s study describes the development of the fee tail from the late twelfth to the fifteenth century, and the invention, development, and early use of the common recovery, a reliable legal mechanism for the destruction of entails, from 1440 to 1502.

“A perfect book of all the landes as well arable as pasture, meadows, wastes and waste grounds, with the goodness of the same, as well as in whose hands and occupations”

A Dictionary of English Folklore ABEE

‘Folklore’ is notoriously difficult to define, and the term now covers a broader field than it did when invented in 1848, linking many aspects of cultural traditions past and present. It includes whatever is informally communicated, created or done jointly by members of a group; it can circulate through any media (oral, written, or visual); it generally has roots in the past, but is not necessarily very ancient. It has present relevance.

The structure and reliability of the  CODEX WINTONIENSIS (British Museum, Additional ITS 15350; The Cartulary of Winchester Cathedral Prory)

The  Civil War in Hampshire (1642-45) and the story of Basing House By Rev. G. N. Godwin, B.D. Author of  “Green Lanes of Hampshire’ etc.Illustrated with portraits and  colored view of Basing House.

A Complete Record from the Earliest Time to the Present Day of the Knights of all the Orders of Chivalry in England, Scotland, and Ireland, and of Knights Bachelors

A Complete Record from the Earliest Time to the Present Day of the Knights of all the Orders of Chivalry in England, Scotland, and Ireland, and of Knights Bachelors

Environment of Pamber May 2018

In wildlife terms, Pamber is an exceptional Parish. With the Neighbourhood Plan (NP)in mind, this personal ecological overview is aimed at raising residents’ awareness ofthe wildlife that is on their doorstep, and its significance locally and nationally.

This document provides a Historic Characterisation  and Management Strategy for AWE Aldermaston, Burghfield and Blacknest in order to provide a means of understanding both the historic and recent development of a place that have contributed to its current distinctive character.

Being ” Local Notes and Queries” and other Antiquarian and Natural History Matters connected with the County. Reprinted from the Hampshire Independent.

THE history of every county has been affected to some extent by its natural features, and this is especially the case in respect to that county whose history is sketched in this volume. The County of Southampton or Hampshire has been much favored by nature, and its natural advantages must have commended it to its early inhabitants, whose connection with it are traced in these pages.

Lancelot – The Truth behind the Legend by Rupert Matthews

London, in former ages, has frequently suffered from the ravages of Pestilence, and thousands and tens of thousands of the inhabitants have been swept by its virulence into one common grave. But at no period of our annals was the mortality so devastating as in the year 1665.

The Lost Tomb of King Arthur

Glastonbury in Somerset is now a pleasant market town, dominated by its ruined abbey and the Arthurian links that it has encouraged. Even the official town name signposts add
that the place is “the ancient Avalon”.

The main text of the Award and the attached schedule and summary are produced here in their original format. This original schedule is arranged alphabetically by Landowner. It should be noted that the Ref No shown in the extreme left hand column of the alphabetic schedule does not appear in the original document.

This volume contains a small selection from the records of the Tadley and District Society, accumulated since the Society was founded in November 1984.

The selection includes personal memories of members and invited speakers, important aspects of the history of Tadley and adjacent areas, and summary reports of some of the talks. It is intended to show the wide variety of subjects presented to the Society and, it is hoped, to stimulate sufficient interest in the reader to encourage him or her to join the Society at the evening meetings held in St Paul’s Church Hall, Tadley, usually on the third Wednesday of each month.

Founded nearly ten years ago, in November 1984, TADS (Tadley and District Society) local history group continues to publicise the rich past of Tadley and the surrounding area. The first ‘A Taste of TADS’ magazine was published in June 1990. Three and a half years later, it was followed by ‘A Taste of TADS 2’. Whereas the earlier edition was a selection of summaries from some of TADS regular monthly meetings, this edition is comprised of specially commissioned articles.

A Taste of TADS 2, published in November 1993, was added to the website in November 2014. We are always eager to hear from anyone who has a local tale to tell; who knows, it might be suitable for inclusion in ‘A Taste of TADS 3’.

In 2014, as part of the national commemorations to mark the start of World War I, Tadley and District History Society held an exhibition in the Community Centre of the lives of the 31 men. A second exhibition was held in St Paul’s hall the following year, to commemorate those who died in World War II. This book is as a result of the success of these two exhibitions. In Grateful Remembrance – Tadley War memorial tells the story behind the names. Not just the personal history of the thirty-seven men, but also that of the lives of those people they left at home. Tadley and District History Society are enormously grateful for the financial assistance given by Tadley Town Council which has enabled the publication of this book. 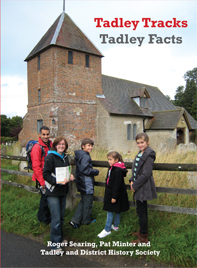 Explore a little of Tadley and its environs and you will soon be extolling the joy and interest of the countryside which surrounds it, and wanting to know more about the quiet corners, full of secrets, changing splendours and peacefulness. The book contains nine walks, of between three and twelve kilometres in length, all with detailed maps, clear route directions and descriptions highlighting the historical background of the sites along the route. 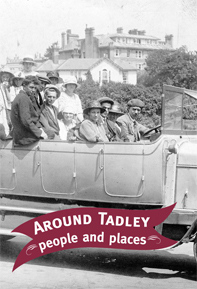 Around Tadley – People and Places

This superb collection of over 300 photographs gives an unforgettable impression of people and places in Tadley from late-Victorian times up to the 1990s. Drawn from many sources the selection shows the dramatic changes that have taken place in the area over the last 100 years. This book will provide many memories and provide hours of enjoyable reading and reminiscing. Around Tadley – people and places is a companion to Tadley and District History Society’s previous publication Around Tadley – fact and fable. 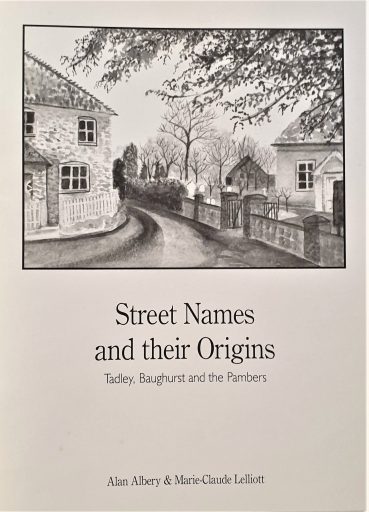 Street Names and their Origins by Alan Albery & Marie-Claude Lelliott

A guide to the origins of street names in Tadley, Baughurst and the Pambers by Marie Lelliott and Alan Albery. In this edition, we have included the bordering villages of Baughurst, Pamber End, Pamber Heath and Pamber Green as part of a wider semi-rural community.  We hope that this publication will bring some meaningful explanations to out community and make us aware of the continuity between past and present.

Out of Print Items 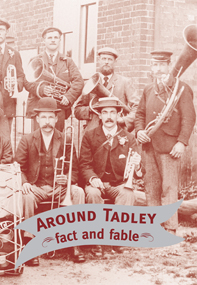 Around Tadley – Fact and Fable

Are you curious to know more about Tadley and its surrounding area – for example, where the phrase ‘Tadley Treacle Mines’ originated? Over two years research by Tadley and District History Society (TADS) has resulted in this book. It provides a valuable source of information across a broad spectrum of subjects and will appeal to a wide range of readers. Packed with interesting and unusual facts and fables and over fifty photographs and line drawings it provides a lasting record of people and events, houses and public buildings, shops and businesses that have contributed to the history of the area. This book will add to the knowledge, appreciation and enjoyment of this distinctive part of north Hampshire. 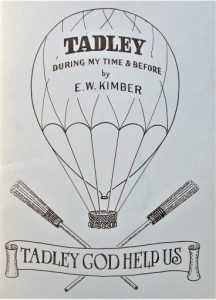 Tadley During My Time and Before by E.W. Kimber

In 1983 Ernest Kimber put pen to paper and recorded his memories of Tadley parish and its people over a period of 70 years. He provided a fascinating overview of the development of the village with topics such as ; Old Tadley, Tall Stories, Leisure, Social Life, Personalities, Road Names, Charity Lands, Transport, Life before Supermarkets & Changing Times. Not forgetting, of course, Bricks Besoms, Baskets and Brandy! 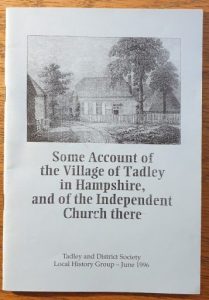 Some Account of the village of Tadley in Hampshire and of the Independent Church there.