Who would use poisons as medicine? Well the Victorians certainly did as Graham told us in his amusing and interesting talk, seemingly in large quantities. But before we chuckle too much, we must not forget that many of the drugs we take so readily today can be lethal if the recommended dose is exceeded. Not just prescription items but over the counter tablets of which paracetamol is a prime example.

The Victorian period saw rapid change in medicines as science moved from alchemy to the first of the modern style medicines. Since there was no government regulation of any type, the field was open to quacks and charlatans of all sorts. There was no testing or recording of side effects so providers could make fortunes, or run from their terrible mistakes. Medicines could be bought anywhere and were often sold by street traders. Some well known companies
started at this time including Boots.

Advertising was also completely uncontrolled, you could make any claim you like. Advertisements played on fear or power of suggestion. Some things today come across as utterly bizarre: for fat reduction, take sanitized tape worms; for asthma, use special cigarettes. Many products contained Coca (from which cocaine is derived) e.g. ‘Forced March’ tablets marketed by a company called Burroughs Wellcome. (Whatever became of them?) ‘Coca Wine for fatigue of mind and body’ fell foul of the temperance movement because of the word ‘wine’ so they changed the name to Coca Cola and never looked back.

The Scaffold were not making it up. Lydia E Pinkham’s Herbal Medicine, was a vegetable compound which would cure ‘Female Problems’ and everything else!! Whatever it contained, 20% was alcohol but as the label didn’t list alcohol as an ingredient the Temperance Movement didn’t object to it. Lily was a shrewd business woman and made a personal response to every letter the company received from its customers. It must have been good stuff as she managed to keep writing the letters for 15 years after her death. Believe it or not products under the Lydia E Pinkham label are still available but apparently without the alcohol.

In reality the relief of pain was a very important thing and cocaine was an anesthetic. Hence such products as Allenbury’s Cocaine Throat Pastilles which also contained diamorphine or Cocaine Toothache Drops for children. Opium was used as a relief for gastric problems and malaria. It was also used in quantity by farm workers (anything to make life seem better) perhaps as powder to sprinkle on beer or the drink ‘Poppy ale’. Opium poppies could be grown in gardens without fear of the police
descending in force.

Laudenum was much favoured by Victorian writers and artists. It was a tincture of opium, usually mixed with brandy. It was very addictive and dangerous, three teaspoons of it was fatal for non-users. Above all it was cheaper than gin. As late as 1898, the German company Bayer marketed a non-addictive pain relief which was mostly heroin!!

Arsenic also had medicinal uses as a cure for worms, morning sickness and anything else you like to name. Fowler’s Solution patent medicine was 10% arsenic.
As a contrast ‘Clarke’s World Famous Blood Mixture’ would cure any skin complaint. Other than as a placebo it was completely ineffective but not dangerous as it was just water coloured with burnt sugar, and not much else.

Lydia Pinkham’s original vegetable compound and modern tablets Useless it might have been but it was massively profitable for the manufacturers.

Strychnine is another well known poison. If used correctly it can be a cure for opium addiction. (Not to be tried at home). And it had other effects. In the 1904 Olympics Marathon (St Louis, USA), Thomas Hicks the favourite from the USA was flagging at 16 miles, but multiple doses of strychnine mixed with brandy got him to the finish in second place. He was in such a state that he was carried over the line and nearly died. Today we would regard this as cheating but not as much as the original winner who was disqualified for doing 10 miles of the course in a taxi!

Another good product was ‘One Night Cough Syrup’ which only contained alcohol, cannabis and chloroform. Cure or kill? Graham said people must have been tough to survive illnesses or the cure and thank God for the NHS. Who can disagree? Thank you Graham for a very interesting and colourful talk about times that
were not that long ago. 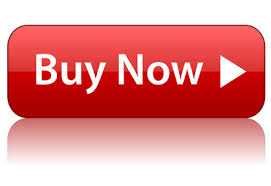 TADS was founded in 1984 for people with an interest in local history.

Tadley  has a very diverse history, populated with both benefactors and tyrants. Past inhabitants of Tadley were involved in Regicide and the “Parliament Fart” . Tadley has stories of unique exorcisms and ghosts.  Stagecoaches used the two local turnpikes and  at other times balloons and planes  crashed locally.   Spitfires were assembled in  Hanger Road. Past plans have even  included flooding much of the surrounding area and building a tunnel under Tadley.  It is a place where rural crafts excelled and where Oxford and Eton fought for land rights.

While our Facebook Page and Facebook Group are free to join, We have significant running costs providing the website, social media,  monthly online talks from external speakers, as well as research and archiving costs.

Please join us at TADS

Six month subscription to the society is ₤10.00

Get access to our member pages and help us find out more about Tadley.